v Gilbert Peters of South Gray named 1A-I Player of Year - Sports in Kansas 
Warning: include(../includes/bodytag.php): failed to open stream: No such file or directory in /home/kansass/public_html/ks/news/index.php on line 36

Gilbert Peters of South Gray has earned Sports in Kansas 1A-I Player of the Year. 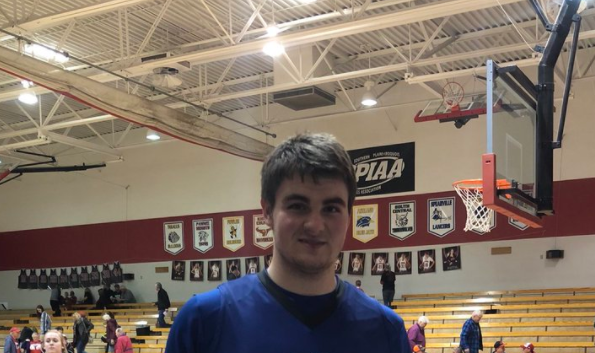 Peters, a 6-foot-6, 270-pound senior, led South Gray to a 26-0 record, the fourth state title and first perfect season in Rebel annals. Overall, he averaged 16.6 points and 10.8 rebounds a contest with 45 dunks. At state, he finished with 20 points and eight rebounds in the first round against Rural Vista. He delivered 16 points and 10 rebounds in a 43-37 grinding win versus St. John in the semifinals. In the championship, Peters finished with 23 points and 13 points in a win versus Hanover. Peters delivered 1,181 career points and recorded 721 rebounds with a 63.4 career field goal percentage. He helped South Gray win the 1A team title last spring and captured the titles in shot put and discus. We expect Peters could be in that 180-foot disc and 60-foot shot range this spring. Peters has received Division II interest for basketball and Division I for track. Peters is one of the most explosive athletes we have seen in quite some time in the state of Kansas and moves like he is a guard.